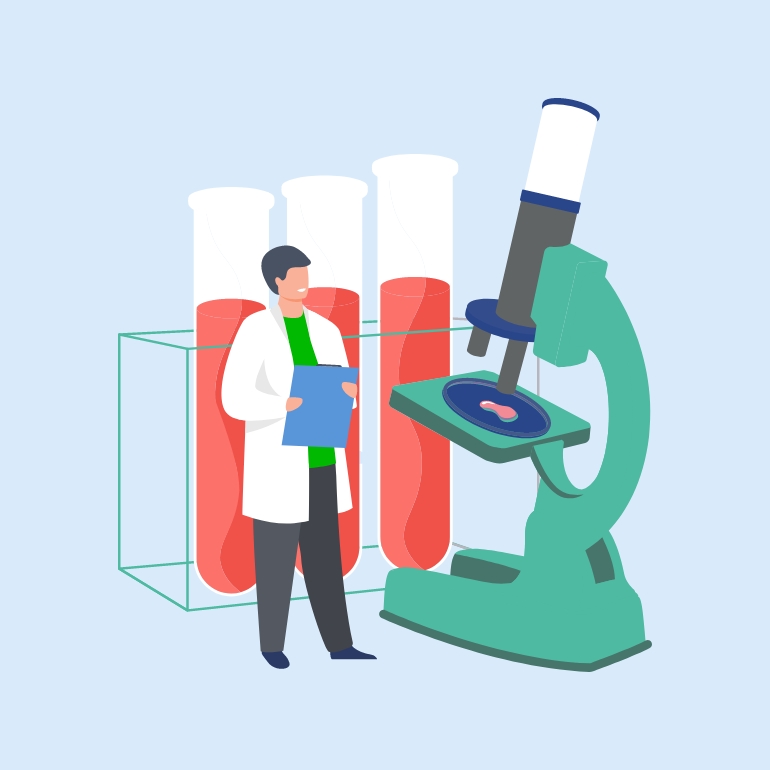 The blood tests offers at our clinic

It includes tests for red and white blood cells as well as platelets (PLTs). The complete blood count (CBC) can be used to determine your overall health status and to detect infections, anemia, and leukemia.

The bone marrow produces and matures blood cells that are then released into the bloodstream as needed. The CBC analyses three distinct cell types:

Erythrocytes, or blood cells, are produced in the bone marrow and mature before being released into the bloodstream. They contain hemoglobin, a protein responsible for oxygen transportation throughout the body. RBCs typically have a lifespan of 120 days. It must constantly manufacture new red blood cells to replace those aged, degraded, or have bled out. Apart from causing significant bleeding, various conditions can impair the production and longevity of RBCs in the body.

Although red blood cells are uniform in size and shape, vitamin B12, folate, or iron deficiencies can alter their appearance. Anemia is defined by low red blood cell counts and hemoglobin levels. Numerous conditions can cause anemia, necessitating additional testing. Continue reading to learn more about the RBC Count, Hemoglobin, and Hematocrit measurements.

These leukocytes (white blood cells) are found in the blood, lymphatic system, tissues, and components of the body’s natural defence system (immune). They aid in infection prevention and contribute to inflammation and allergic reactions. There are five distinct types of white blood cells, each with a distinct function. Neutrophils, lymphocytes, basophils, eosinophils, and monocytes are all types of immune cells.

The number of white blood cells (WBCs) in the blood is stable. However, depending on the state of the body, these numbers may fluctuate temporarily to compensate. For instance, a bacterial infection can stimulate the production of neutrophils in the bone marrow, which aids in the fight against future infections. Eosinophil counts in allergy sufferers may increase. When a virus infects the body, it may stimulate the production of lymphocytes. White cells that are abnormal (immature or mature) can multiply rapidly in leukemia. White Blood Cell Count and White Blood Cell Differential provide additional information.

They are microscopic cell fragments that circulate throughout the bloodstream. They are required for normal blood clotting by adhering to the wound site and clumping together to form a temporary plug, platelets halting bleeding. This attracts additional platelets, resulting in an insoluble blood clot at the injury site, remaining there until the injury is completely healed.

You may experience excessive bleeding and bruising if you have thrombocytopenia or platelet dysfunction. An overabundance of platelets can result in excessive clotting (thrombocytosis). Additional information is available in the article Platelet Count.

The PSA test (prostate-specific antigen) is a blood test that is mainly used to detect prostate cancer in men over the age of 50.

PSA is primarily found in the male reproductive fluid, which the prostate also produces. PSA is a protein found in small amounts in the bloodstream.

The Prostate-Specific Antigen test can detect elevated PSA levels, which in some cases may indicate the presence of prostate cancer, according to the manufacturer. A rise in PSA levels can be caused by various other conditions, such as an enlarged or inflamed prostate, but they are not the only ones that should be considered. A high PSA score can be challenging to interpret, which makes determining its significance even more difficult.

When it comes to Prostate Specific Antigen testing, there is a great deal of conflicting information available. Discussion with your doctor about whether or not to have a PSA test performed is recommended before making a decision. Take into consideration your risk factors and personal preferences.

When it comes to thyroid function tests, they are a series of blood tests used to determine your thyroid gland’s overall health. The T3, T3RU, T4, and TSH are among the available tests.

The thyroid is a small gland that is found in the lower-front part of your neck. It produces hormones that are responsible for metabolism. In addition to metabolism, energy production, and mood, it is also in charge of many other bodily functions.

Excess thyroid hormones can cause weight loss, anxiety, tremors, and general malaise. This is called hyperthyroidism.

When doctors are concerned about your thyroid hormone levels, they usually order broad screening tests like T4 or TSH. If the results are abnormal, your doctor will order more tests to pinpoint the problem.

Assume you’re concerned about your thyroid function and haven’t yet established a relationship with a primary care provider. In that case, you can use the Healthline FindCare tool to locate thyroid specialists in your area.

In determining the amount of blood glucose (sugar) attached to hemoglobin over a while, a hemoglobin A1c (HbA1c) test is performed. Hemoglobin is a protein found in red blood cells responsible for transporting oxygen from the lungs to the rest of the body’s cells. With the help of a blood sample, the HbA1c test can be used to determine the average amount of glucose attached to hemoglobin over the previous three months. The average lifespan of a red blood cell has been determined to be three months.

If you already have diabetes, an HbA1c test can assist you in more effectively monitoring your condition and glucose levels in your blood.

A small needle will be inserted into a vein in your arm by a health care professional to obtain a blood sample from you. Following the insertion of the needle, a small amount of blood will be drawn and placed in a test tube or vial for further analysis. When the needle is inserted or removed, a slight stinging sensation may occur. Typically, this takes less than five minutes.

One of the most commonly transmitted sexually transmitted infections, Chlamydia trachomatis, accounts for roughly a quarter of all cases and is one of the most contagious (STDs). It is a bacterial infection spread through contact with an infected person through vaginal, oral, or anal sex. Because many chlamydiae are asymptomatic, individuals can spread the disease even if they are unaware that they are infected. When you take a chlamydia test, your body is checked for the presence of the chlamydia bacteria, which is spread through sexual contact. Using antibiotics to treat disease is a straightforward and effective method of disease management. Men and women can both have chlamydia if the infection is not treated promptly. Women can also have infertility and urethral swelling.

In order to determine whether or not you have a chlamydia infection, you must undergo a chlamydia test.

The CDC estimates that 2.5 million Americans contract chlamydia each year (CDC). Chlamydia is most common in sexually active adolescents and young adults aged 15 to 24. Because many people with chlamydia have no symptoms, the CDC and other health organizations recommend regular screening. 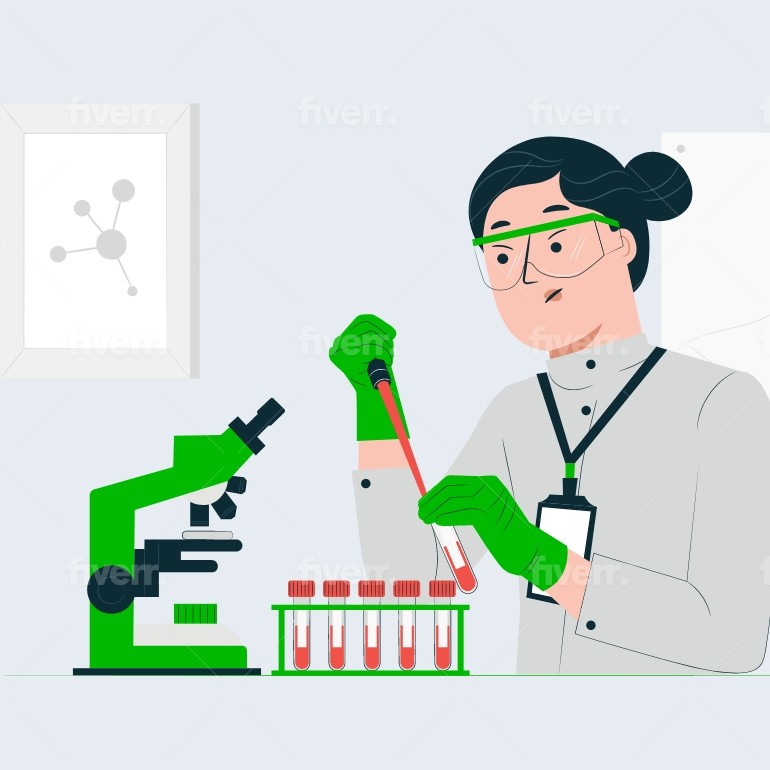 To determine if you are HIV-positive, a human immunodeficiency virus (HIV) test is used. This virus robs your immune system of its strength and results in acquired immunodeficiency syndrome (AIDS).

Antibodies produced by your immune system in response to HIV infection are tested for in specific HIV tests. Others, known as viral load tests, look for evidence of the virus in the body. Rapid tests can provide results in as little as twenty minutes.

The sensitivity of tests (the accuracy with which they detect HIV infection) and the time required for tests to produce results continue to be improved. Testing guidelines evolve in lockstep with the advancement of test quality.

HIV testing is critical in the effort to slow the spread of HIV infection within the general population. Thousands of people are unaware that they are HIV-positive, and as a result, they may be less likely to take the necessary precautions to help prevent the virus’ spread.

Aside from that, early diagnosis almost always results in earlier treatment with drugs that can prevent the progression of HIV to a more advanced stage.

Pregnant women must be tested for HIV because they are more likely than other women to transmit the virus to their infants during pregnancy, delivery, or breastfeeding. HIV testing is therefore mandatory for pregnant women. Anti-HIV medication taken during pregnancy and delivery significantly decreases the risk of transmitting the virus to your child or grandchildren.

In order to diagnose and monitor liver disease or damage, liver function tests are performed. It is necessary to perform a battery of tests in order to determine the levels of specific enzymes and proteins in your blood.

It is possible to determine how the liver performs its normal functions, such as protein synthesis and eliminating waste products such as bilirubin, by performing many tests. Other liver function tests assess the enzymes released by damaged or diseased liver cells.

In some cases, abnormal liver function test results do not indicate the presence of liver disease. Your doctor will go over the results with you and explain why they are essential in your case.

During a liver function test, the levels of specific enzymes and proteins in your blood are determined… Increased or decreased levels above or below the normal range can indicate liver disease and vice versa. Several examples of standard liver function tests include the following:

Infections of the stomach and digestive tract are caused by Helicobacter pylori (abbreviated H. pylori). Many people who are infected with Helicobacter pylori will exhibit no symptoms of infection. On the other hand, others may experience various digestive disorders as a result of the bacteria. Gastritis (stomach inflammation), peptic ulcers (sores in the esophagus, small intestine, or stomach), and certain types of stomach cancer are all possible.

There are a variety of tests available to detect an H. pylori infection. They include tests such as blood, stool, and breath. Diagnosis and treatment may be necessary if you are experiencing digestive symptoms in order to avoid potentially life-threatening complications.

In most cases of stomach (gastric) ulcers and duodenal ulcers, as well as in many cases of stomach inflammation, Helicobacter pylori (H pylori) is the bacterium (germ) responsible (chronic gastritis).

Antibodies against Helicobacter pylori can be detected through blood tests (H pylori). An antibody is a protein produced by the body’s immune system to detect harmful substances in the environment, such as bacteria. Antibodies are essential in the detection of bacteria.

In order to determine whether your body produces antibodies against Helicobacter pylori, blood tests must be performed in your bloodstream. It cannot tell you whether you are currently infected or how long you have been infected. This is because the test can remain positive for years after the infection has been completely eradicated. As a result, blood tests cannot be used to determine whether an infection has been completely eradicated following treatment.

We provide standard treatment and latest medical technology with best facility in our clinic.

We provide well communication and latest medical technology with best facility in our clinic.

We provide infection prevention and latest medical technology with best facility in our clinic.

We have a 25+ Years Experience and latest medical technology with best facility in our clinic. 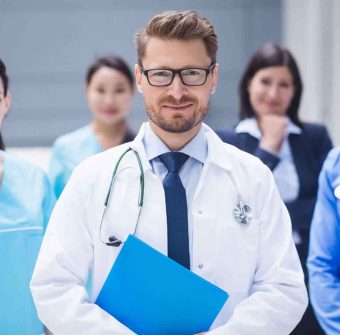